THE JACKBOOT – A novel inspired by true events, includes Book 1 and Book 2.

Gold – was the only currency that the neutral Americans would accept from the British in World War II.

Prime Minister Winston Churchill, fearing that Britain was next to be crushed under the Nazi jackboot, makes the bold decision to move the country’s gold reserves and securities to the safety of Canada. It would be the single greatest movement of wealth in history. The top-secret operation is code named Operation Fish.

The outlawed Irish Republican Army (IRA) finds out about Operation Fish. They form an unusual alliance with the Nazis to steal a massive amount of the precious British gold. Hitler, egged on by Heinrich Himmler and Joseph Goebbels assigns his special force, the Brandenburgers to carry out the gold heist. The Brandenburgers are led by one of his favorite officers, Major Max von Seeckt, an Eton educated rapidly rising star within the Nazi hierarchy. In an incredible twist of fate, RAF Spitfire pilot Peter Legh, Max von Seeckt’s old nemesis from his days at Eton is granted a 48 hour leave from the Battle of Britain. While on leave, Legh meets and falls for a beautiful Welsh girl who had inadvertently stumbled onto the Nazi/IRA plot.

With the help of a gnarly veteran from World War I and a lone agent from MI5, can the young couple stop them?….Or will Major Max von Seeckt and his Brandenburgers pull off the greatest gold heist in history?

Book 1 – The Long Road to Parys Mountain: We follow the journey of Legh and von Seeckt. It takes us from the hallowed halls of Eton to San Francisco, California and from Adolph Hitler’s Berghoff in Austria to a smoke-filled pub in Dublin, Ireland. It continues gathering pace from Oslo, Norway to Buckingham Palace, London and finally from Churchill’s War Room deep underground in Whitehall to the Royal Liver Building in Liverpool.

Book 2 – Forty-Eight Hours on Anglesey: The story continues to follow Legh and von Seeckt as the clock ticks down to an inevitable final conflict, in a breathtaking 48-hour climax on the wind-swept Isle of Anglesey, off the rugged coast of North Wales. 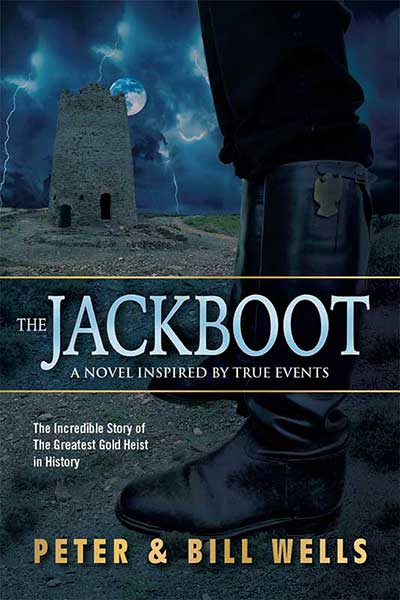 Available in Paperback and E-book