Pete was born and raised in Wallasey, England. He grew up less than a half mile from the banks of the River Mersey, where he lived with his father Bill, mother Sybil, and sister Karen. He remembers playing in the ruins and rubble of terraced houses that still remained after being bombed by the Luftwaffe during the Blitz of World War II. At age 7, he recalls going to the Gaumont, the local cinema to see one of his favorite movies, Twelve O’clock High with Gregory Peck. It told the story of the young Americans who flew the mighty B17 Flying Fortresses from Britain to the heart of Nazi Germany. He was in awe at the courage of the crews, young men far from home willing to lay down their lives so that Britain and Europe could live in freedom. It began an early fascination with America and Americans.

Pete has led an interesting life. In his early twenties, he and two friends combined their resources to purchase a Land Rover and headed overland to see the Great Pyramids of Egypt. Along the way, he picked grapes, waited tables, worked as a photographer, and tended bar. They made it as far as Crete before finally running out of money. They returned home, sold the Land Rover and tried again the following year. This time they used planes, trains, and buses and finally made it to the Pyramids.

The following summer in 1980, Pete and one of the same two friends, filled the last two remaining seats aboard a no-frills Freddy Laker Skytrain, and flew to Los Angeles, California, With a pocket full of dreams and $120 he had finally made it to California. Pete settled in the San Francisco Bay Area where he met his wife of 36 years, Taryn. They have a son together, Britton who lives in Utah.

Pete spent close to four decades enjoying a successful career in sales and living the American dream. During a Christmas visit with his family in England in 2017, his dad, Bill shared an idea for a book that he had in his mind for over ten years but was never able to join all the dots and complete it. Intrigued, Pete agreed to partner with him to complete the novel. It began quite an odyssey. He and Taryn traveled to Ireland, Wales, England, Scotland, Holland, Belgium, Norway, France, Italy, Germany, and Austria to gather research for the Jackboot. It took almost three years of being totally immersed in 1940 and a world at war, for him to finally make Bill’s dream a reality. The Jackboot is their first novel.

Now retired, he and Taryn live a quiet life on Florida’s Sun Coast, where they enjoy cooking, watching movies, traveling and riding their bicycles for miles along some of the world’s greatest beaches.

Born a few years before the Great Depression in the 1920’s, Bill Wells came up the hard way. He was the youngest of three boys growing up in war torn England. During the Nazi blitz of 1940, he watched in horror as his family home in Wallasey went up in flames. An incendiary bomb dropped by Hermann Goering’s Luftwaffe had crashed through their chimney and exploded in the fireplace.

As a teenage Sea Cadet, Bill gained his sea legs with a short spell on a trawler that had been converted to a minesweeper, clearing enemy mines in the often turbulent Irish Sea. As a young seaman, he served on multiple sea going tugs. Their main task was towing in battered United States and Royal Navy ships that were casualties of the Battle of the Atlantic that had managed to limp to the safety of the Mersey Bar.

Prior to the D-Day landings, Bill participated in towing sections of the massive concrete floating harbors known as Mulberries. They were used by the Americans and their allies to land men and supplies in support of the Normandy invasion. Bill’s next step was the Royal Navy, where he planned on following in the footsteps of his older brother Alf, who was already on active destroyer duty. However, His Majesty’s Government and the British Army of the Rhine had other ideas. At age 18, Bill was conscripted and served as a medic in the Royal Army Medical Corps serving in a troubled Northern Ireland and Germany during the Cold War. A proud World War II veteran, he has eight medals and a veteran’s badge.

In civilian life he became a National Secretary of an adult educational organization and then onto a publishing and advertising career. He ran unsuccessfully for Parliament but finished up his political career as the Mayor of Wirral, then one of the top ten largest local authorities in the UK. He was married to Sybil, his wife of 68 years, who sadly passed away in September 2020.

Now in his nineties, he lives in a small town in the UK near his daughter Karen and her family. Co-authoring The Jackboot kept him in almost daily contact with his son Peter in Florida. Bill describes The Jackboot as the big cherry on the cake of a very full life. While he gets a kick from his name being on the cover, it pales in comparison to being able to communicate with readers from all over the world via www.thejackboot.com from the comfort of his home office. For a guy who remembers once using a slate and chalk to communicate and reading his first books and comics by gaslight, he thinks we have all traveled a very long way. 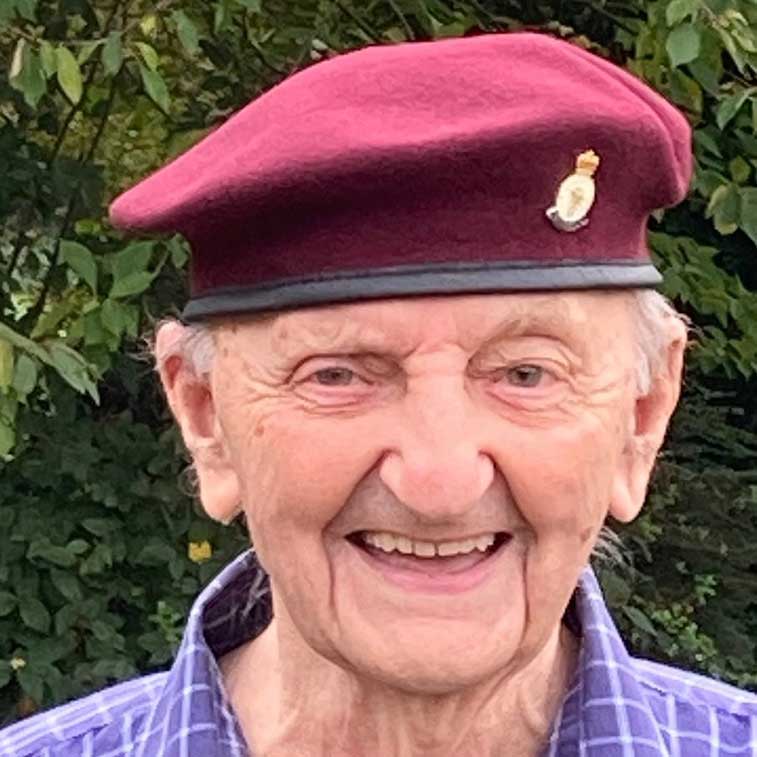